Register yourself as an official Haapsalu vacationer!

From 1st of June to 15th of September, you can register at the Haapsalu Tourist Information Center (Karja 15) as an official Haapsalu vacationer. The idea comes from a resort card in Haapsalu in the first half of the 20th century.

There will be 20 different offer with the resort card.

All the buyers of the resort card will automatically participate in a draw organised on September 16th to win a accommodation package for two at Laine Spa in the value of 130 €.

At the end of the 19th century, the Russian government recognized Haapsalu as a nation-wide resort and giving the right ask resort tax from those who entered the resort. Those who entered in the season were enrolled, asked for a fee, and probably received a receipt or card.

Registering the vacationers continued also during the 1st Estonian time, while there was resort government (together with the address table). From 1st of June to 31st of August, the official holiday season was valid. Drove in holidaymakers had to register in the city government and pay the resort fee if they arrived for longer than 5 days. The resort card provided proof of this obligation. Seasonal fees could be paid for the whole season or for a shorter period. 10 – 16 year-old children were paid half of the fee; the servants, doctors and other public authorities were exempt from the tax. Taxes received by the city council, resort tax was a considerable part of it and was spent on promoting the resort.

People who rented their summerhomes  were also responsible for registering their costumes. The police also caught the vacationers who did not pay the resort tax. In the second half of the 1930s, summer vacationers who had spent 15 and more summers here were recognized with a honour card.

The number of vacationers varied considerably from period to period. The Tsarist period could reach 3000-5000 (more than 2000 population in town), 1930s. In the second half over 3000 vacationers during the season (population ca 4600). 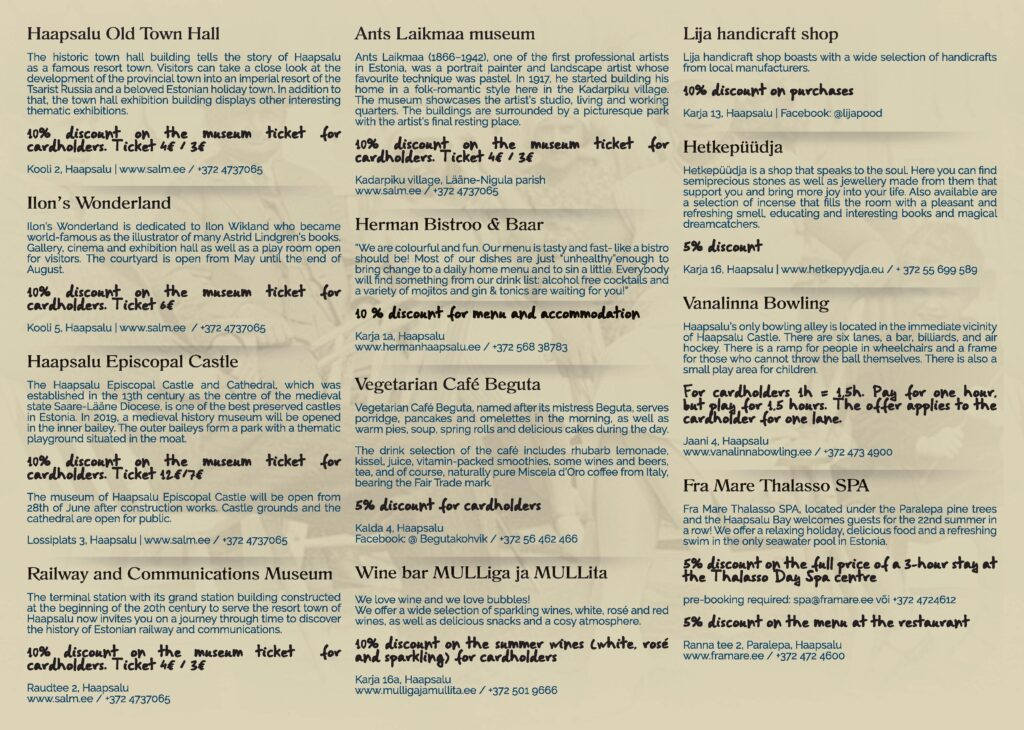 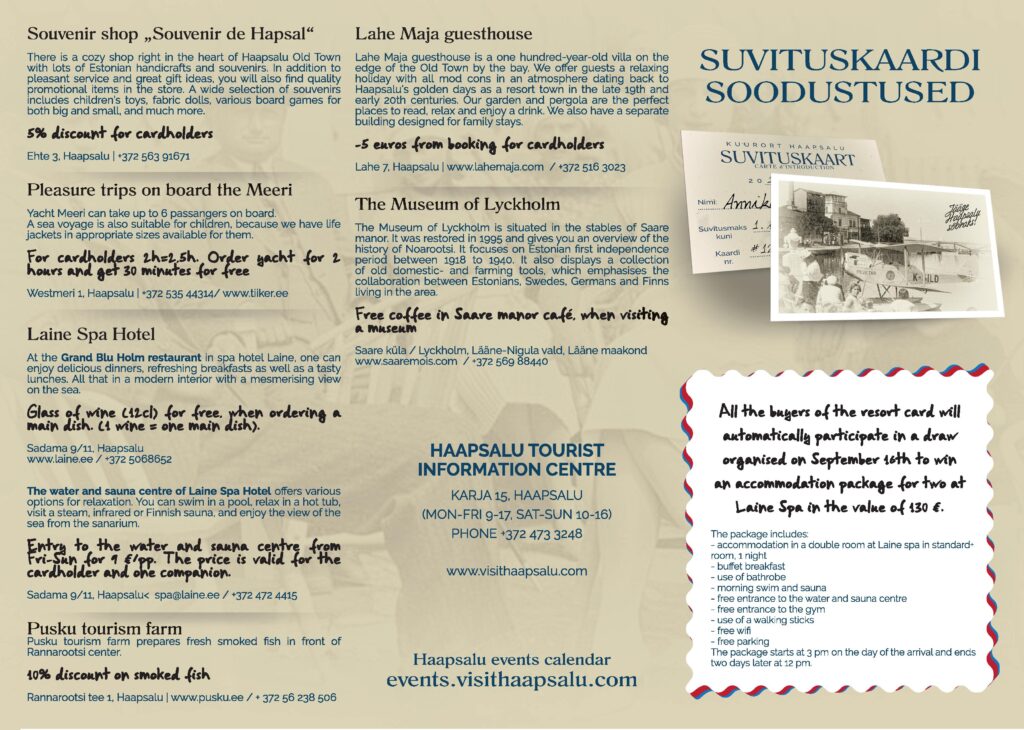